3rd month of my EYE at Jara Studio-Thea Marti

During the third month of our exchange with Jara Studio we have consolidated our collaboration
through a range of activities mostly dedicated to the project development with an aim to fund and
film a proper audiovisual project of the NE in Ibiza, involving the island’s community, public and
private institutions.

The NE has established business relationships with local brands, such as Ibosim craft beer, Law
Premium Dry Gin, Familia Mari Mayans, Monica Maxim, BSF. We have used product placement
as a main instrument of the fundraising strategy for film production and have successfully identified
the potential partners and sponsors in the Balearic Islands, concluding the deals regarding indirect
investment.

We have obtained a permit to shoot some footage to be used for a promo teaser from the
Archaeological Museum of Ibiza and Formentera, and its division in Puig des Molins, as well as the
companies like Ryanair Airlines and Tantra Ibiza.

Thanks to the close collaboration with the HE, the full project dossier in English was prepared for
the city council of Ibiza. It includes film technical specs, project description, its cultural value,
marketing and distribution strategies, brand and sponsors involved, film treatment, location and cast
breakdown and production budget. The last draft of the script has been written and fully translated
in Spanish and the script breakdown is in progress.

The NE has got an opportunity to acquire practical experience in organizing and shooting casting
for actors and actresses at Tantra Ibiza closely working with the HE. After the audition of some
local and international actors and actresses, we have drawn the conclusion that the language issue
has far greater influence than we might suppose: the difficulty to find local English-speaking actors
is the main obstacle on the way to produce an audiovisual product in Ibiza that targets international
media market.

Besides, we have completed video and audio editing and color grading of two episodes of Bodas
con Amor talk show for Canal 4 of Televisió d’Eivissa i Formentera TEF TV and delivered a
service to Sky Sport Italy, regarding the acquisition of a new forward player, Marco Borriello, by a
local football team Ibiza UD. As a part of a camera department, the NE has got an opportunity to
assist shooting of the promo video for Grand Hotel Ibiza, camera tests during night filming in
Figueretas beach and a press conference of the XVI edition of the bike tour to Ibiza Campagnolo at
the city council. We have also completed post-production and subtitling of several promo videos for
Eiviestetic, a plastic surgery and aesthetic medicine clinic in Ibiza.

We have organized location scouting, first, through internet research and then actual driving
through the island, in order to identify possible locations for the upcoming production, such as Port
des Torrent, Cala d’Hort, Cala Compte, Sa Caleta which are also the island’s highlight spots.
We have successfully negotiated the terms of crew agreements with local crew members, and also
started developing some ideas on costumes, props, make up, set design and lighting with the heads
of the relative departments. Also, the NE has been contacted by Eco Radio of Ibiza and Formentera
90.0 FM in order to give an interview regarding the short film project in development. 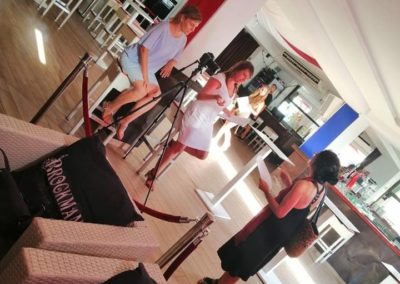 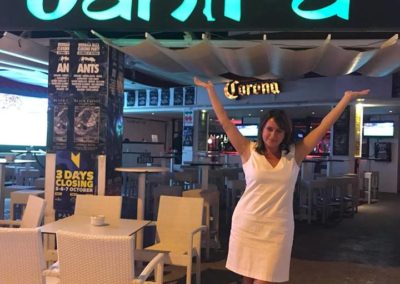