My EYE at IAC in Matera – Joseph Geoffriau

The 15th June we have done the show created during the years with the children.

I have started to work on the light design with different initials objectives. On one hand we have to make something with some effects to create a kind of magic : for almost of them there will be the first time on a theater stage ! On the other hand, the objective is to create something “exportable”, because the show will be in an other place than the IAC.

So I had to learn to use Adobe Illustrator and InDesign, which I ‘d never used before. It appears that Illustrator is similar to Inkscape (than I usually use for graphics works). I’ve realized some visuals for the promotion of the workshops done during the festival.

I used InDesign to do the brochure (based on the same files than the next year, changing the color and some contains). I had a problem with the map, because the person who have done it told me than she do everything street by street… so I’ve searched a method to export a modifiable map from the opensource website OpenStreetMap. And I’ve find that you can modify the data from OpenStreetMap on software, named Maperitive. Entering in the code and deleting line by line what isn’t useful (for me only the roads without name were useful). Like that you can export only some informations from the map. With this export you get a graphic .svg file modifiable in Illustrator or Inkscape.

The rest of the work on InDesign is easy because the software is a little bit like Publisher that I’ve used few years ago.

after the modifications via maperitive: 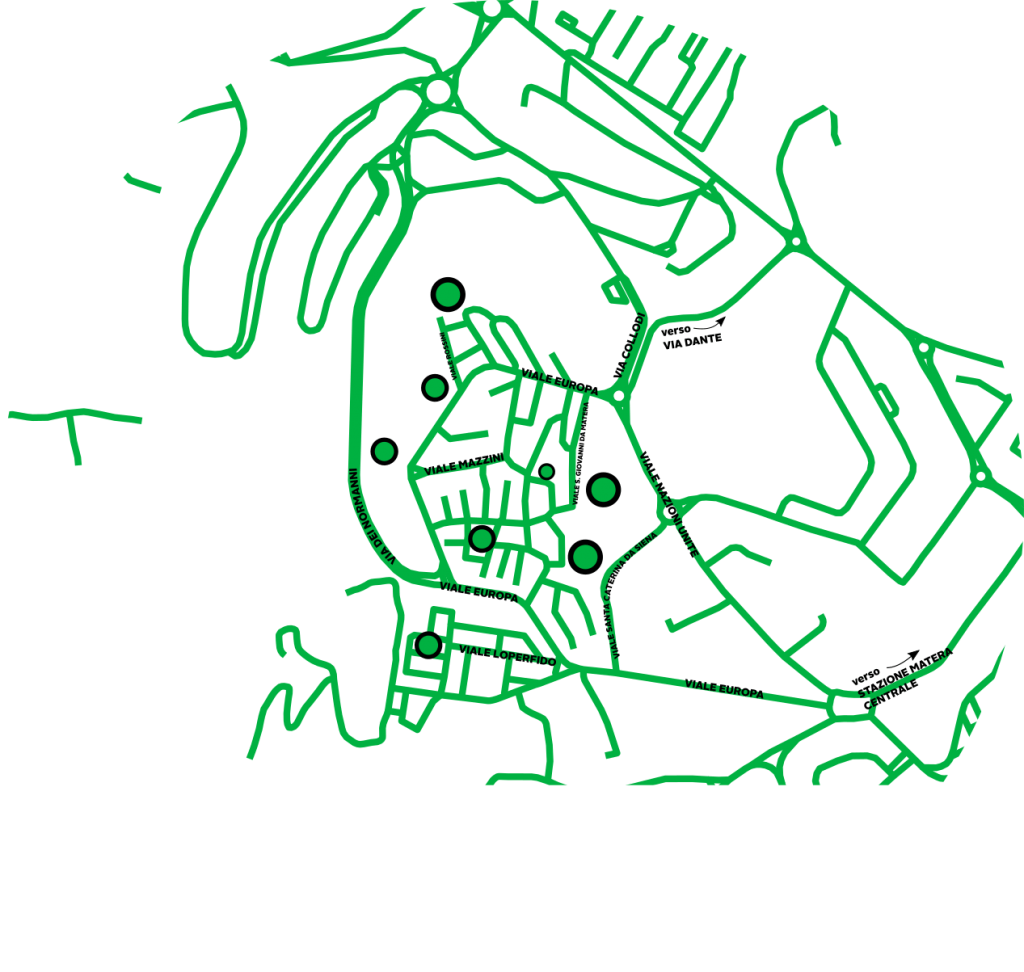 VIDEO PROMOTION FOR THE FESTIVAL

I’ve done two promotional video for the festival, using the material realized last year by l’Ambulante , a company based in Sardegna which had worked with IAC, and will work this year again, for all the video/photo documentation of the festival.

The objective of the first video was to promote the workshops done during the festival, I use the same format than the one done last year.

The other one is more general, and present all the activities of the festival.

That was the last show done for the weekly meeting at the IAC. In bocca al lupo is a show from a theatrical company from Calabria. There was a light installation to do before the show and I’ve done photos during the spectacle because there was a technician.

I’ve participated to a workshop about the crownfunding – at the CominCenter, which is a company from Matera and works on the working-freelancing sectors.

A member of Eppela did the formation, which is the most famous crownfunding platform in Italy. It was interesting to understand how it works. Because, first, I thought that if you had a project you can do in every case a crownfunding. But it appears that is a little bit more complicate, because you have to create a project with the persons who sustains it – in fact this is not just a financial and moral support, that’s a project that you have created and that you lead, but you doing it with them.

Same thing for the recompenses, this is not “ok you give me 5€ and you get a t-shirt” because in this case the project had many chances to not arrive at the objective… In fact the difficulty is to find recompenses, which implicates the person from the beginning to the end. Everyone with the time, and money he cans give.

So it appears for us, at IAC, that we couldn’t do a crowfunding project this year for the festival.
First, because it’s too late (2 month of preparation on the social media, video, graphic works… – 1 month of campaign) and that we haven’t found the mode to implicate really the persons on the project with us.