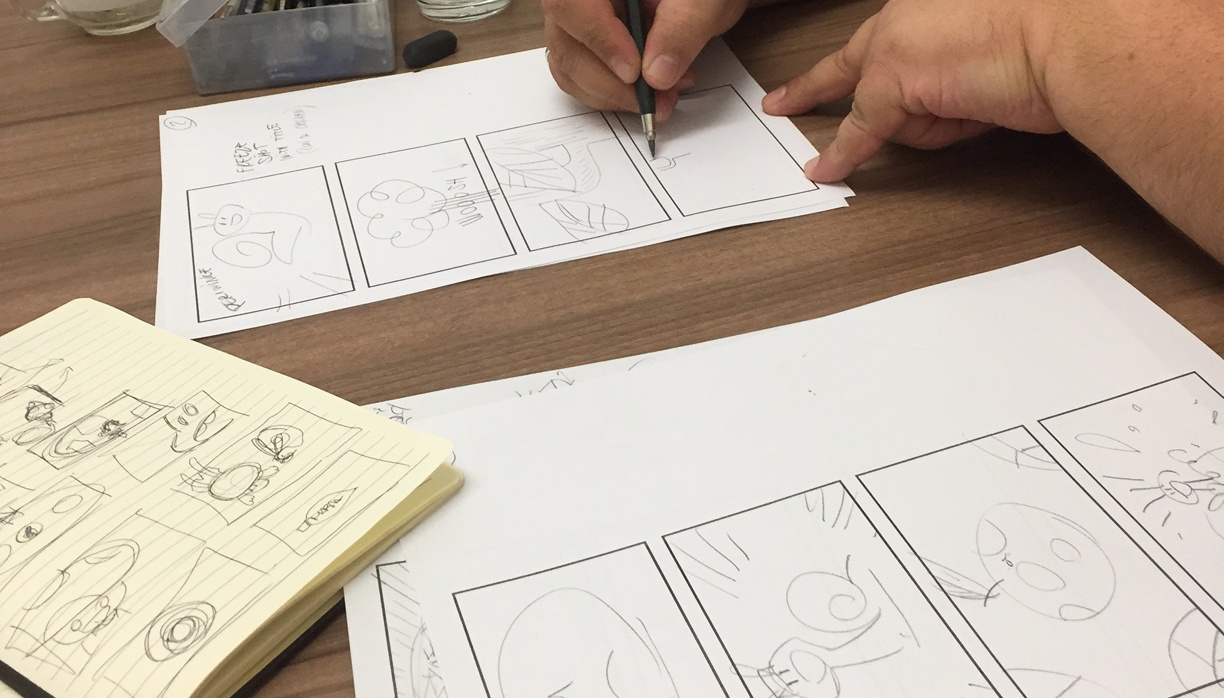 While summer is hesitating to come here in Budapest, I have spent the past days focused on the possible series production funds I can find with my HE here in Hungary. The local government is sensitive regarding this issue and supports many arts/creative projects, from kids’ series to theater plays. Therefore we started to produce some documentation based on the requirements needed, figuring out a proper financial plan.

In the meantime we began to write some ideas about the episodes plots and the screenplay for the intro of each episode. A very talented storyboard artist, who likes the idea a lot, joined in the project and is helping us to figure out our intro scenes. In fact, many hours have been spent on the brainstorming of ideas and on the searching of video references on the web. I’m very lucky to find such creative people willing to sail out on this journey.

In spite of a very strange summer due to the weather, there were days where I just chilled out, during the weekends, enjoying for example one of the most huge music festival in Europe called Sziget, and the day of Szent Istvan, which celebrates the Hungarian state foundation on August 20th: here people gather on the bridges and in some strategic spots to see the thirty-minutes firework show in the Danube river.

Waiting for the next further project developments with my HE, it’s all for now folks. See you next time.