Week 7 and 8 of my EYE in Almere – Alicja Kustosz

These two weeks were quite intense due to the deadline of the Hilversum competition. For the submission we created a booklet, to clearly present the design. The booklet contained floor plans, sections, elevation (facade) and renderings of the project. Together with a colleague I had the chance to work a bit on every part of the booklet, as there were many changes needed and introduced.

I worked also on the interior of the lobby – the visualization finally did not make it to the booklet because of the limited amount of time to work on it, however the design started to look promising. 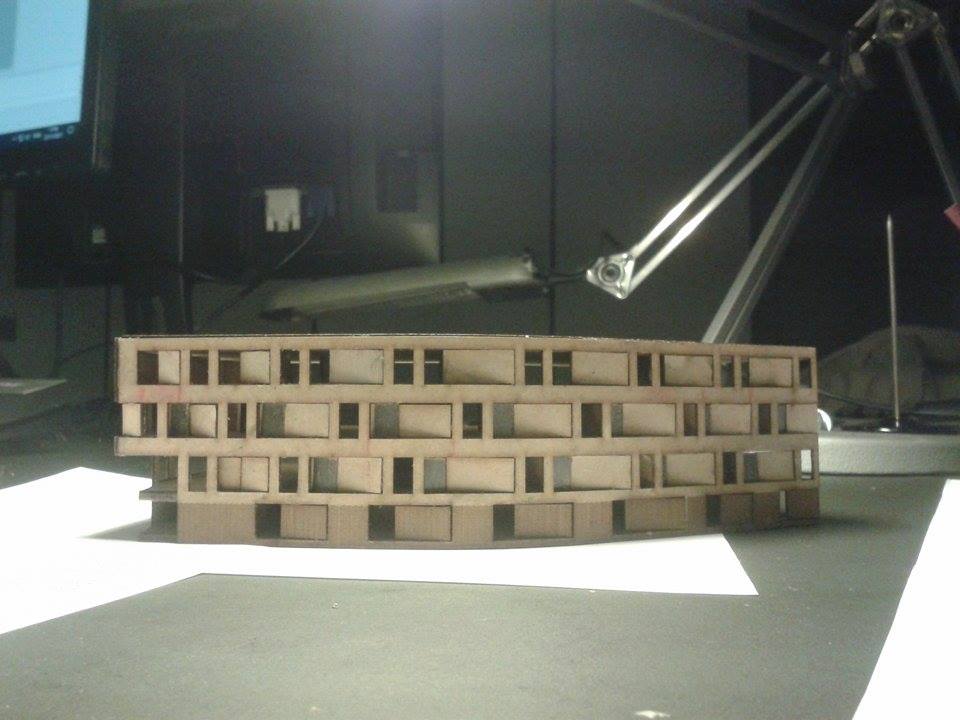 It was interesting to see how quickly does the work go on in case of such a competition, and also how to prioritize the work – the floor plans for example were not as important in the final stages as the architectural look of the facades. The aim of the sections was to understand better the structure, so they were quite simple.

We also did a laser cut model, that main purpose was to work on the facades, as the submission of the work was digital. It helped to understand the volumes and structure.

The office uses the same template and fonts in all of their booklets and drawings. It is an important part of conducting an office, to create a clear and consistent visual identity. It was a chance for me to reflect also on the image I want to present with my future company. Not a lot is needed – the same look of the front page of the booklet, font and office logo, and it already looks recognizable.